Under the shell of the developer

So, it's 3.7.92 time! Release notes are almost out, and if everything goes according to the plan, we'll be releasing our next stable version on March 27th.

As a member of the shell team, the big news is another successful round of Every Detail Matters. Go and see for yourself the eco-friendliness of that page: almost every line is green.
Among the many bugs, I'd like to highlight one, that has probably bugged each of you since 3.0: OSDs and global keybindings (screenshots, volume, input source, brightness) work in the overview, the screen lock and when a modal dialog is up.
Many thanks to Florian Müllner for implementing it! 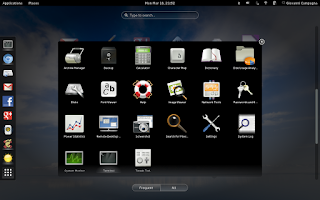 About the rest, suffice to say that we tried to fix all the small annoyances and inconsistencies in the shell. And the release notes already include a very nice screenshot of them, so I won't steal the surprise until we're out.

Then on, the features side, it deserves a mention that we have a new application view, with frequently used apps and custom folders. I like it!

Going back to what I did, I already blogged on the most noticeable feature I worked on this cycle, notification filtering. But the awesome GNOME folks started patching all applications in this universe, so the panel looks a lot better now: 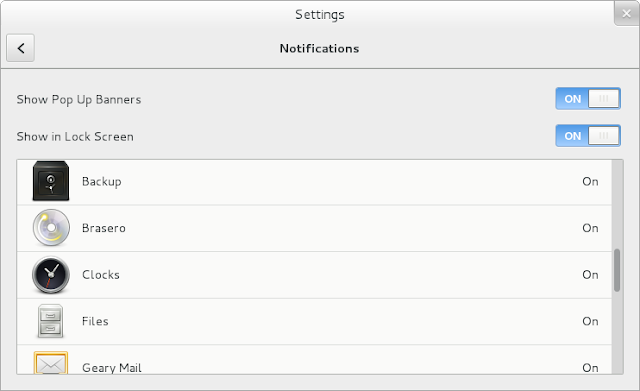 Then, it was a slow February, all exams out, I started hacking on Gjs. The result is an application framework that I will propose for 3.8. You can see a demo (which doubles as a template) at https://github.com/gcampax/gtk-js-app
But I needed a real application to validate what I was writing, and so GNOME Weather was born - again. And people started saw there was activity, I got a bugzilla product, and bam, magically I had patches from everywhere. Now say, isn't free software the best?
But wait no more, here is Weather 3.7.92 in all its glory. 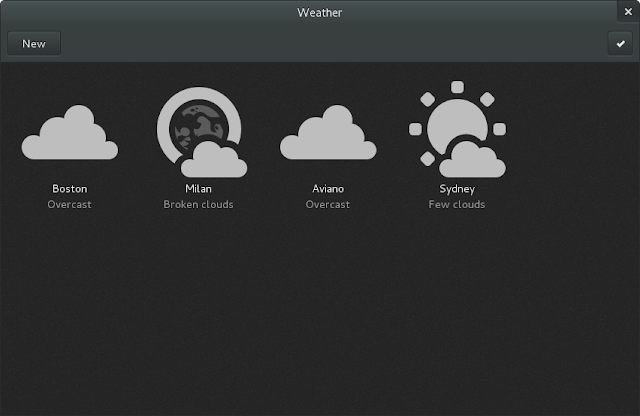 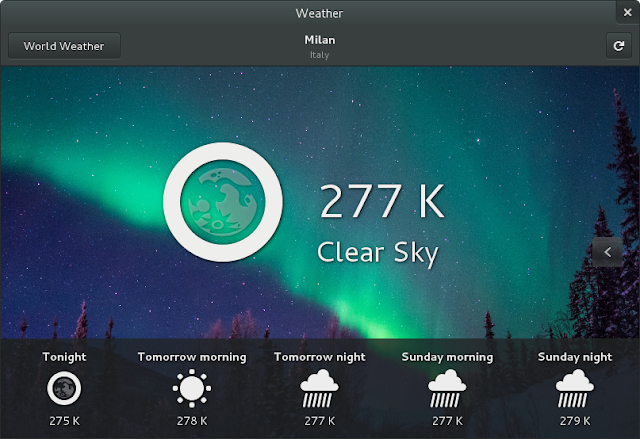 Once again, thanks to Paolo Borelli, Cosimo Cecchi and William Jon McCann for all the help and code, and thanks to all flickr artists that, by choosing a free license, contributed to the success of this app.

So, what are you waiting for? Go grab GNOME 3.7.92!
Tarballs are at the usual location, and so are jhbuild and ostree. And I'm told the build server offers pre-built VM images, if you're into that.
Pubblicato da Unknown a 14:23